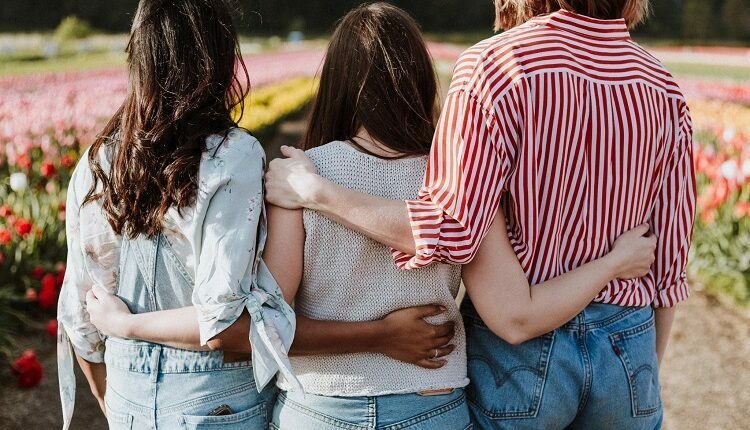 Teen Mom follows the lives of teenagers who became pregnant at the age of 16/17. The show is a follow on from 16 and pregnant, every episode follows a teen mum to be, witnessing the problems they have – ranging from their friends and family’s attitudes to the pregnancy, school and most importantly the relationship they have with the unborn child’s father. 16 and pregnant identifies the issues that mums to be have and often cover the issue of adoption, the show follows the mums to be on their journey through to childbirth and live with a child (in some cases after adoption).

Teen Mom, follows 4 teen moms – and they live their lives through the camera. The show follows Macy, Farrah, Caitlyn and Amber, all of whom had their stories featured on 16 and pregnant. Caitlyn was the only mom who placed her daughter up for adoption and has an open adoption in place – in which she is in contact with the adoptive parents and regularly visits her daughter along with her fiancé who is the child’s father.

Macy had a son with her then partner Ryan, they split up shortly after their son’s birth. Both then find new relationships and how they adapt to parenting separately as well as incorporating working and studying to provide a better future for their son.

Amber had a very violent relationship with her daughters father Gary. Amber is currently serving a prison sentence and Gary has full custody of their daughter.

Teen Mom was followed by Teen Mom 2, this time they followed Leah, Jenelle, Kaitlyn and Chelsea.

Leah gave birth to non- identical twin daughters, she was in an on/off relationship with the girls dad, eventually leading for them to work at the relationship and eventually get married. They faced one of the biggest issues when it was identified that one of their daughters had developmental issues and was not developing at the same rate as her sister, they had to endure heartbreaking moments watching their daughter go through numerous medical examinations and tests to identify the cause of her problems. Their daughter is doing well and since began to take her first steps. Strains appeared in their relationship and they have since divorced, they are now in happy relationships, with Leah now happily married and they have a new daughter together.

Chelsea, has effectively brought up her daughter on her own, she has a very strained relationship with her daughter’s father, one minute they are together then they are not. Chelsea has a fantastic support network with her family and friends and has supported her through the journey she has embarked on whilst attending beauty school.

Jenelle, has had a tough upbringing in the world of parenthood, she lost custody of her son when he was a few months old, to her mum, this was due to Jenelle’s lack of parental responsibility and misuse of drugs. Jenelle then fell into a world of drugs with her then boyfriend Keiffer, which resulted in being convicted of criminal offences. Jenelle tried to take control of her life and attended rehab, where it was found she was suffering with bipolar disorder, things seemed to appear be going well, she met a new boyfriend who she became engaged too, but when they had a big argument and police were involved – the relationship ended and Jenelle fell back into the world of drugs with Kieffer. In a recent follow on show it was identified that Jenelle is now clean and is trying to forge a loving relationship with her mum and son.

Kailyn, has had a tough relationship with her son’s father Joe, they are constantly arguing about money – and Kailyn takes the issues straight to court instead of trying resolve amicably. There has seen numerous changes in Kailyn and Joe lives, Kailyn has recently got married and finally seems to be in a happier place even though her new husband has joined the air force. Joe is in a happy relationship – although Kailyn has issues with Joe’s new girlfriend.

MTV has started to air in the USA Teen mom 3, Which will be aired in the UK, later in the year.